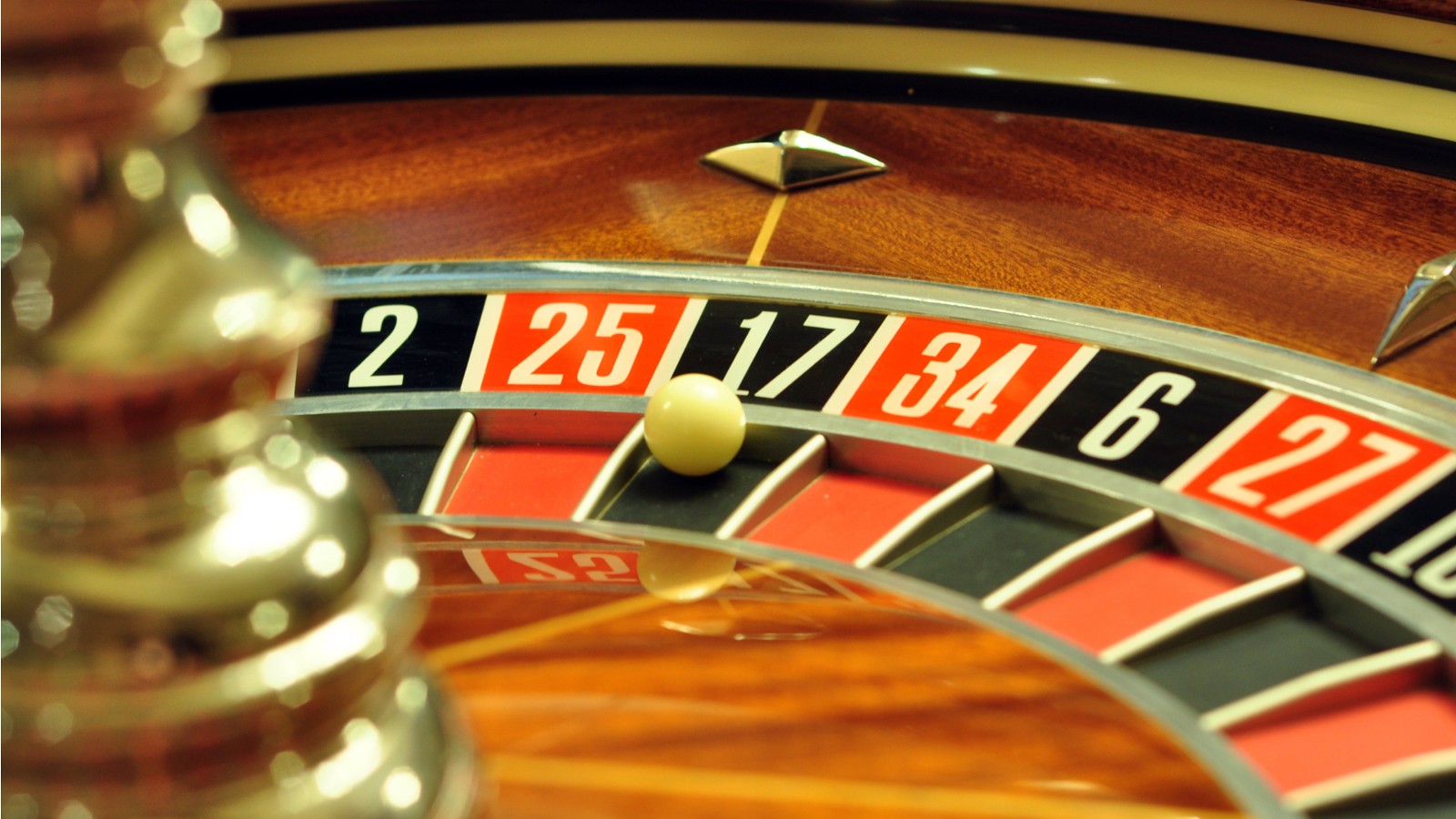 Spin the Wheel of Fortune and Win Big in Roulette

Even if you don’t know anything about casino games, there is no chance that you have not heard of the term Roulette. If it is making you think about Las Vegas right away, we can’t blame you. After all, Sin City is famous for the roulette game amidst other things. It is perhaps one of the most popular casino games available all across the globe. You can step into a casino anywhere in the world, and there will be a roulette game going on somewhere in the room.

It doesn’t matter if you are an expert or an enthusiastic beginner when it comes to playing roulette. Before you venture out further, it’s always good to know the origins of such a game that has kept people entertained for years. The history of this game is a complete mystery. Even though game experts widely accept that Blaise Pascal invented the prototype of the roulette game during the 17th century, there has been evidence of similar games being played even before his time.

A lot of the old stories that try to establish the origins of roulette revolve around breaking the monotony of life with something far more exciting. The truth is, no one knows for sure who started it first. Many believe that people in Ancient China and Tibet played a game similar to roulette involving animal figurines instead of numerical slots. Later on, this game travelled across the seas and continents to the monasteries of France where monks would play it to relieve boredom. Of course, before it made its way to France, the Romans and the Greeks, especially the soldiers in the army were known to play something similar involving a chariot wheel while fighting wars.

But it is France who takes the cake. Two games, Roly Poly and Even-Odd, are suspected to be the games that inspired Roulette in the 17th century. Pascal was aware of these two games while devising his version because they involved spinning wheels and betting the outcome of it. Up until this time gambling was illegal but during the 18th century, it became legal in Europe under strict laws. This revival saw the popularity of roulette surge in France, especially in Monaco where the Crown Prince, Charles saw roulette as a means to raise money for himself.

Basics and Rules of a Roulette Game

The objective of this game like any other gambling stuff relies on luck and guessing where the small white ball will land. If you guess correctly, you win. It’s a straightforward game, but as a newcomer, you might be alarmed by the different variations and options available. Don’t be scared, as we will walk you through it all. The roulette game consists of a wheel and a board. The wheel contains red and black slots from 1 to 36 and then either one zero slot or two zero slots depending on the type of roulette that has been chosen for playing, which we will talk about later.

Now, let’s move on to the table. The table features numbers and additional sections where you can decide to place bets. Once the stakes are set, the croupier spins the wheel and then throws the small white ball. When the wheel stops spinning, the slot where the ball is on is the winning number. Different games of roulette have different table layouts. However, the rules of the game remain the same throughout.

Before we move on to how to play a game of roulette, it is crucial that you understand the different variants of the game. The European version of the game is the most popular, and it is the one used in online websites as well. The American version is more prevalent in America, and there’s a straightforward reason why a lot of people prefer the former. The European version of the roulette game contains a single zero slot whereas its American counterpart contains two zero slots. This makes the game not so profitable for the player as a double zero slot means a higher advantage for the house.

The European version also has a classic French variant where the table layout is the only different thing. When you look at its American counterpart, you need to keep in mind that you have a new betting spot on the table thanks to the double zero. It’s not difficult to find the difference when you look at both table layouts side-by-side.

Now that you have helped yourself with the basic rules and the table layout of roulette, it’s time to take a look at the variety of bets that you can place. This is an essential lesson when it comes to learning how to play a roulette game. You need to understand what and how these bets are before you hit the casinos both offline and online.

There are more than sixteen different types of bets. It’s vital that you know the odds, payouts as well as the house edge when it comes to different roulette bets. This will help you make an educated guess and assess your risk before you gamble.

Let’s start with outside bets. These are the bets made at the perimeter of the table and focuses mainly on groups of numbers rather than a specific number.

Here, you are making a bet on whether the ball will fall on a red spot or a black one. This is even money or 1:1 bet. But due to the presence of one zero or two zeroes in case of the American game, the chances of you winning are less than 50%. This is how the casino benefits.

This bet is pretty self-explanatory. You are betting on whether the ball will land on an odd or an even number. This is an even money bet as well, but the presence of zeroes again makes your chances of winning less than 50%.

Three columns consisting of 12 numbers are situated on the longest side of a roulette table. Depending on where the ball lands and if you can guess the right column correctly, you can double your bet as the payout is 2:1.

Now, let us move on to the inside bets. These bets as the name give it away, are made inside the rectangle where the numbers are situated.

This inside bet is as simple as it gets. You get to pick any number off the table, and if the white lands on your number after spinning the wheel, you win. If you don’t, then you will lose. However, each of these bets pays 35:1.

This is somewhat opposite to a straight up bet. Here, you bet on two numbers instead of one. More specifically, you bet on the line that separates the two numbers. For example, you can bet on 27|30 or 13|16. If either of these two numbers ends up with the ball, you win. The payout is 17:1 in this case.

You bet on three numbers in a row instead of one or two. The payout is adjusted accordingly to 11:1. For example, you can bet on 25, 26, 27. If the ball lands on any number within this trio, you win.

Apart from these bets, there are others which are available only for European versions of roulette. These are known as call bets. Sometimes, you might not find them while playing a roulette game online. These bets are usually announced or “called out” instead of placing money on the table. It also means in some cases that you are gambling on credit. This might or might not be legal at all places.

Commonly known as Voisins du Zero, this bet covers all the numbers that are closest to zero in the single-zero version of the game.

This bet, which also means zero game makes you play for the numbers closest to where the zero is.

To make this bet, consider all the numbers that make up the two different slices of the spinning wheel outside the Tiers and Voisin’s bet, and it usually includes eight numbers like 17, 34, 6, 1, till 9.

Final bets are another type which is placed on single-zero wheels where you bet on the last digit. For example, if you are betting on a final-5 bet, that means you are betting on 5, 15, 25, 35. There is also a particular type of bet called imprisonment bet or la partage that exists in French Roulette. You get half your bet back if you make an even money bet and then the ball lands on the zero. While playing remember that you need to build a decent strategy to win. One of the most popular roulette playing strategies is the Martingale system. The principle that drives this strategy is that you increase your bet after every loss so that you can win back your money when you finally succeed and start betting the initial amount again using your winnings. You can read more about the Martingale System here.

Thanks to technology, now you can gamble online right from the comfort of your home. But, in India, it is hard to find reliable places to play roulette online. This is why you should consider using a premium online casino guide like Rupee Casinos. We help you find the best place to play online in India plus we teach you how to get better at casino games. Indian casinos have a wide variety of local games, and we have tips, tricks and strategies for all of them. What we need from you is a willingness to learn! Oh, did we mention that you get all of this for FREE here at Rupee Casinos? There are no hidden fees either!

Rupee Casinos Grand Launch
The wait is finally over. Diwali might be over, but that does not mean ... read more
Casino Games
Guide to Play Real Money Casino Games Online in India Win More than ... read more
Card Games
The Right Way to Play Cards The Easy Way to Win Rewards Card games h ... read more
WIN UP TO $200 IN FREE BITCOINS EVERY HOUR! NO DEPOSITS, NO CREDIT CARD!CLAIM NOW