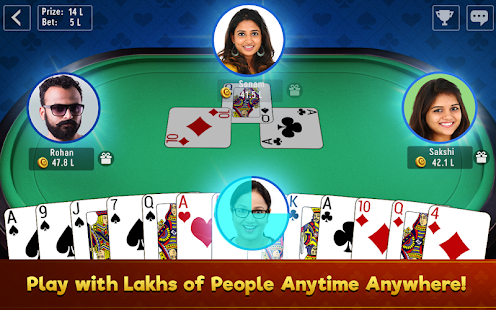 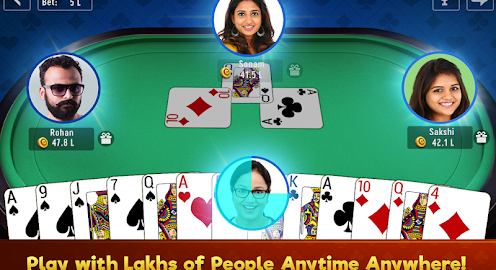 Ever got the chance of visiting the beautiful little country of Nepal?  If you do, you might stumble upon groups of people on the street playing this card game called Call Break. If you decide to take a stroll down the lanes of ancient history in the Indian state of Bihar, chances are you might catch a similar sight there as well.

Call break is a fairly popular card game in the Indian subcontinent, and its origin can be traced back to ancient times. Depending on where it is being played, call break is also known as Lakdi, Lakadi, Call Bridge and Spades. Each version of the game is slightly different from the other. There are subtle changes in rules depending on where it is being played, but the core idea of the game remains the same across all versions.

Now, the thing with Call Break is that it is a pretty simple card game. Its simplicity is what sets it apart and makes it attractive to play. Let’s take a look at how Call Break is played.

The Traditional Setup of Call Break

Before we start discussing playing Call Break online, it is necessary that you take a look at how people play it in the streets to get a better idea about the game. It is a trick-taking card game where every player’s objective is to secure as many tricks as possible or at least the number that they bid before play began. Usually, a Call Break game will consist of four players, and there are no partnerships.

You can use any standard 52-card pack to play the game. It’s worth noting that Spades are always the trump. The other suits have no value except during play unless trumped by a Spade. The cards of each suit are usually ranked like this: Ace, King, Queen, Jack, 10, 9, 8, 7, 6, 5, 4, 3, two from highest to lowest. Each player is dealt 13 cards, to begin with, and then according to their cards they can make a call on how many hands they think they can secure during the game.

The rules of Call Break remain the same regardless of where you are playing it.

The dealer is usually chosen at random before the first round begins. The dealer changes every round, and the game is generally played in an anti-clockwise direction.

The person next to the dealer makes the first call based on whatever hand they have received. At this point, if any of the players notice the following things, then the cards must be dealt again:

Players have to play the card according to the suit being played during the current trick. In case they do not have a card belonging to the suit that is being played, then a trump card can be played. However, that does not necessarily mean you will win the trick. You have to make sure while playing the trump that no one can overtrump your card and win it instead of you.

For example, the player next to the dealer plays an Ace of Hearts. Then every player will have to play a card from the same suit unless they don’t have any. In that case, they can choose to play the trump. Since Ace is the card with the highest value across all suits, the player will win the hand unless someone has to use a trump card.

The scoring system of Call Break is based on points. The more hands you win, the higher your score will be. However, it also depends on the bid that you placed at the beginning of the game. If you secure fewer hands than what you bid for, you will lose an equivalent amount of points. While, if you obtain the exact number of tricks then you will gain the same. For each extra trick or hand that you win past your bid amount, you will earn 0.1 for every extra hand.

Whether you are playing Call Break online or offline, the rules remain the same. So, you can follow some tricks to maximise your score.

It is crucial that you take a calculated risk when it comes to bidding. There is no use bidding an amount you cannot achieve. If you play safe, you will have a positive score, and that is better than taking a higher risk and ending up with a negative score. Since you need to play five rounds before results, there is no point in having an all in or nothing attitude.

Don’t make calls based on a Jack or a Queen. Even though they are higher value cards, you are better off making a bid based on the Aces and Kings that you have in your hand and the trump.

Keep in mind that your bid decides your score. So, it is vital that you make a bid that you can achieve. Remember that any trick can get trumped at any point, so you need to be careful and follow the game. Keeping a mental note of the cards that are being played will allow you to figure out which cards are yet to be played. This will let you figure out which cards you should play to win a trick.

Treat your trump cards as your lifeline. Use them wisely, and you can get away with a lot. But, if you don’t use them well, they will end up as a complete waste.

If you have a steady hand, you can dictate how the round is going to be played. The various combinations and chances make the game doubly interesting. It is hard to predict what might happen in the next round.

Thanks to technology, now you can play a game of Call Break online from anywhere in the world. It’s a great way to pass the time with your friends. Here are a few places where you can play it online.

Developed by a Nepalese company, you can play this on a browser if you are in front of a desktop computer. However, if you want to play it on mobile, you can download it from the Google Play Store or the Apple App Store.

This is a free-to-play website that hosts a Call Break game you can play anywhere. The interface is fun, and you can play it with real players across the world.

This version of the Call Break game has been created by an Indian developer based out of Manipal. You can play it only on your phone or tablet as there are no desktop versions available. However, it has online multiplayer support so you can connect with your friends. You can also play with random strangers online all day long.

Another version of the Call Break game that you can play online is available on www.callbreak.org which is based out of Nepal. You can download the app from the Google Play store. It boasts of four different modes of play including single player, private mode, multiplayer and hotspot mode.

There are a lot of positive reasons for playing Call Break online rather than playing it physically. Here are some of the important ones:

You can play an online Call Break game even while travelling to your work. This makes it extremely convenient.

You and your friends might not be able to get together to play Call Break but thanks to these apps and websites you can play it online and enjoy the game together like usual.

So, what are you waiting for? At Rupee Casinos, even if you have never played Call Break ever in your life, we prepare you to play with the pros out there.  It is never too late to start. But, if you already know your way around call break, you should learn more about strategies to win here. In fact, you can even select your casino of choice in our list of recommendations! So, start playing and winning and who knows, you might just become a Call Break champion!

Andar Bahar Game- Inside Out PART I
Andar Bahar is a card game that goes by many names in India. In some p ... read more

WIN UP TO $200 IN FREE BITCOINS EVERY HOUR! NO DEPOSITS, NO CREDIT CARD!CLAIM NOW